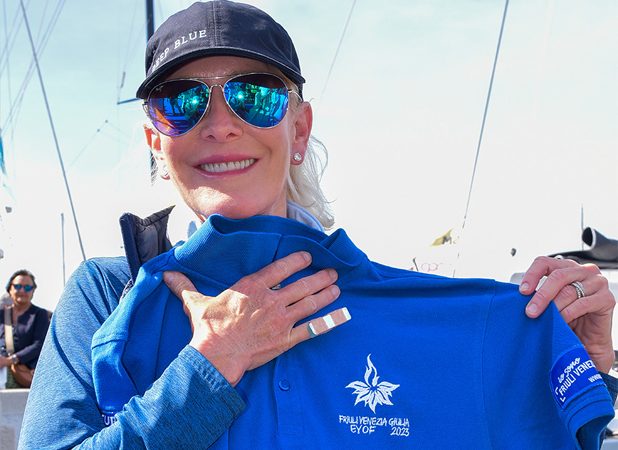 The 54th edition of the Barcolana will go down in history. Wendy Schmidt and her Deep Blue triumphed at the autumn regatta, which takes place every year in the Gulf of Trieste. The entrepreneur and wife of the former Google CEO is the first woman to win the Autumn Cup in front of hundreds of thousands of people who filled the city’s waterfront. At the start on Sunday morning, 9 October, given by the Nave Scuola Amerigo Vespucci, the oldest serving unit of the Navy, there were over 1600 boats with 25,000 people at sea and perfect weather conditions. A fast and spectacular race with mega yachts, maxis but also the traditional fleet of thousands of smaller boats. Deep Blue managed to beat the holder of the trophy, Benussi’s Arca Fondi SGR, which broke a sail a few metres before the first buoy.

In the photo Franco Debernardi, philanthropist Schmidt with the official Eyof 2023 polo shirt.