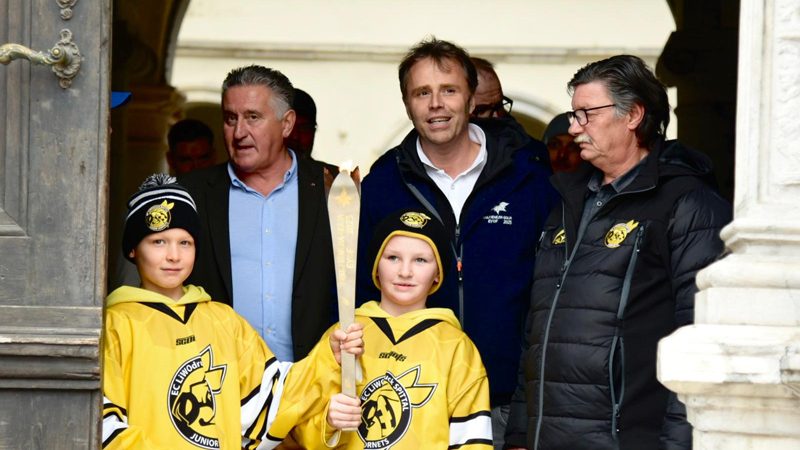 Following the Republic of San Marino, the flame, the symbol of peace, friendship and hope, arrived in Austria on Monday 14 November, in the magnificent setting of Porcia Castle in Spittal an der Drau. The Carinthian town will host the EYOF2023 FVG Women’s Hockey Tournament from 21 to 28 January. One hundred and sixty athletes from eight nations – Austria, Italy, Switzerland, Germany, Sweden, Slovakia, Finland and the Czech Republic – will compete at the EIS SPORT ARENA.

In the presence of the Mayor, Gerhard P. Köfer, the Vice-President of the Regional Council of Friuli Venezia Giulia, Stefano Mazzolini, the highest representatives of the EYOF2023 FVG Organising Committee led by President Maurizio Dunnhofer and Vice-President Giorgio Brandolin, as well as Christoph Sieber from the Austrian National Olympic Committee and Chef de Mission for the EYOF 2023, the torch was lit, a metaphor for the Olympic values and a symbol for the ability to bring together people from different nations, cultures, languages and traditions in the name of sport. The event was also attended by the president of the Spittal ice hockey team, the Hornets, Wolfgang Lindner, the ice hockey sports manager of the EYOF2023, Giuseppe Mion (former Olympic participant), Christoph Staidacher representing the province of Carinthia and Marco Brandner, the chairman of the youth and sports committee of the municipality of Spittal 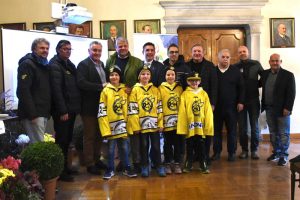 Mayor Köfer emphasised that the European Youth Winter Olympic Festival will be a great celebration of sport. In the Eis Sport Arena, we will have the opportunity to see excellent international teams and I am sure that the citizens of Spittal and the region will fill the hall every day.

Maurizio Dunnhofer thanked Mayor Koefer and the president of the local ice hockey club, Lindner, for the important cooperation during Eyof2023 and hoped that the relationship would also be strengthened in the near future with regard to the organisation of major sporting events.

Giorgio Brandolin brought greetings from the national president of CONI, Giovanni Malago’, and expressed his satisfaction with the consolidated synergy between the FVG and Carinthia, which began in the 1990s with the bid to host the Olympic Games under the name “Senza Confini” (without borders).

Stefano Mazzolini pointed out the close connection between the FVG region and Carinthia, not only in terms of tourism, but also culture and sports, especially in the border areas. The EYOF2023 will also be a unique event because of its cross-border and far-reaching character.

Christoph Sieber is sure that these Winter Youth Games under the patronage of the EOC (European Olympic Committees) will be a success and will once again demonstrate the strong bonds of friendship, respect and brotherhood between the peoples of the three participating nations, Italy, Austria and Slovenia 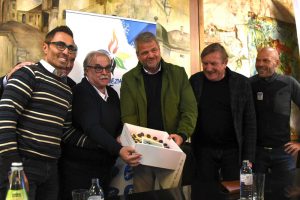 The sixteenth winter edition of the European Youth Olympic Festival in Friuli Venezia Giulia will be an edition of records: 47 accredited nations, 2,300 participants, including 1,300 athletes (aged 14 to 18), 12 host ski centres, 14 sporting events for more than 100 competitions in the calendar. An international multi-sport event where Alpine Skiing, Freestyle Skiing (Slopestyle & Big Air) and Ski Cross will debut for the first time.