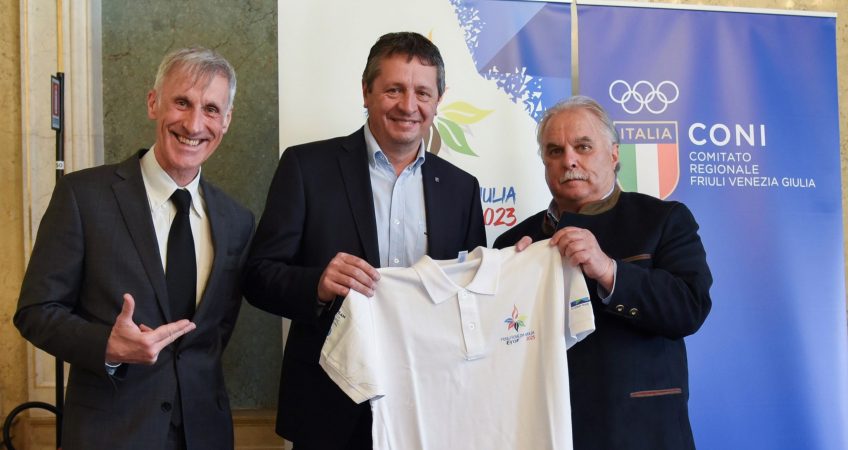 For Brandolin, the president of the Italian National Olympic Committee FVG (CONI FVG), this is due recognition of these young athletes.
Eyof 2023 President Dunnhofer presented the Olympians with the official event polo shirt.

This moment of celebration is a thank you from the entire regional sports movement to these athletes who represented us with enthusiasm and success at the Winter Olympics in China.
These are the words of the President of the Coni FVG, Giorgio Brandolin, who organised this celebration in collaboration with the Region.
During the award ceremony, the President of Friuli Venezia Giulia, Massimiliano Fedriga, also took the floor and congratulated the athletes with a video message. He praised the value of sport as a positive competition that can hold its own even in the difficult time of the pandemic, and the team spirit that our athletes have shown. Athletes who, as the Councillor for Sport pointed out, could combine talent and willpower to reach the Olympic Games.

The Regional Councillor for Sport, Tiziana Gibelli, stressed that these boys and girls are an example for a region, Friuli Venezia Giulia, that is at the forefront in terms of the ratio of population to Olympic athletes, but also in terms of the ratio of population to five-ring medallists. Gibelli recalled that Friuli Venezia Giulia will be represented at international level in the next three years with two major events, one involving sports and one of cultural nature: the Eyof 2023, which will take place in ten months’ time, and Gorizia-Nova Gorica as Capital of Culture. Sport is, itself, culture and that is why Olympic athletes will be involved in the events of 2025.

Prizes were awarded to Giada Andreutti, Raffaele Buzzi, Lara Della Mea, Davide Graz, Alessandro Pittin, Cristina Pittin, Mattia Variola and Martina Vozza, a Paralympic athlete, while Martina Di Centa and Lisa Vittozzi could not be present at the ceremony. Other prizes went to the RAI newspapers Tgr Fvg, Il Piccolo, Il Messaggero Veneto and Il Gazzettino for their coverage of the Olympic competitions in which athletes from Friuli Venezia Giulia took part, and to Peter Gerdol, who was born in Trieste but now lives in Tarvisio and is general director of the International Ski Federation’s Alpine Women’s World Cup.

The award ceremony was attended, among others, by the Prefect of Trieste and Government Commissioner Annunziato Vardè, the President of the Regional Council, Piero Mauro Zanin, the Vice-President of the regional CIP (Italian Paralympic Committee) Maria Moratti and the President of Eyof 2023 Maurizio Dunnhofer, who presented all the winners with the official polo shirt of the European Youth Olympic Festival, which will take place in the region from 21 to 28 January next year. 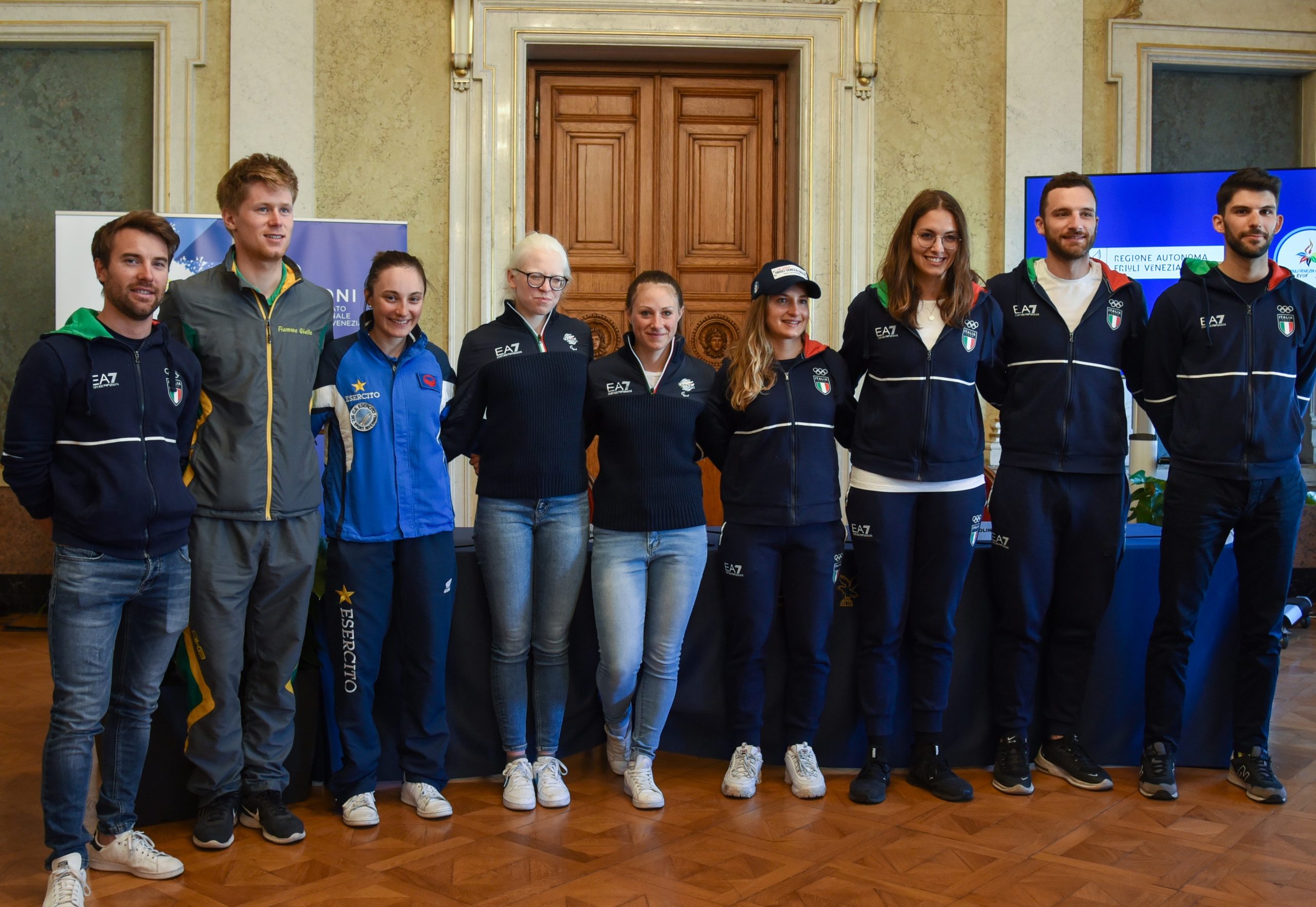