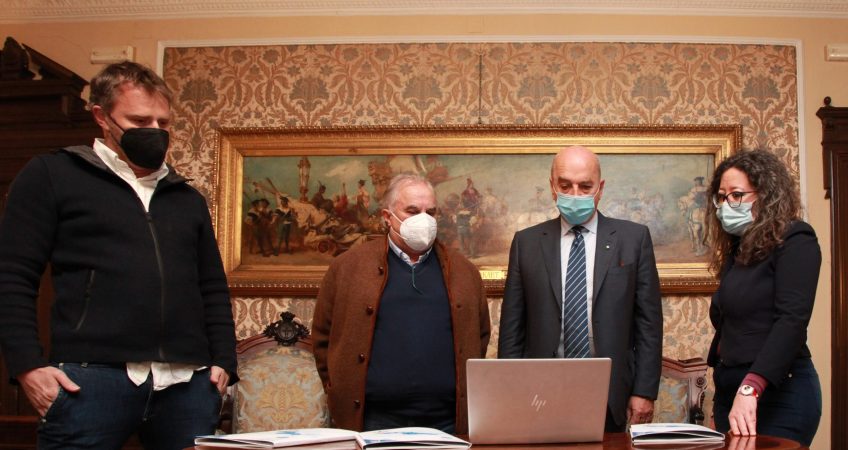 The choice of Trieste was made official at a meeting between Mayor Di Piazza and the organising committee.

Trieste will host the opening ceremony of the 16th edition of the EUROPEAN YOUTH OLYMPIC FESTIVAL – Eyof 2023. On the 21st of January, more than 2000 athletes and guests from 48 nations will parade in Piazza Unità d’Italia.
The agreement, which will make the regional capital an attractive showcase for international youth Olympic sport (14 to 18 years), was formalised on the 31st of March at a meeting between Mayor Roberto Di Piazza and Deputy Mayor Serena Tonel with Eyof2023 Committee President Maurizio Dünnhofer (accompanied by Director General Giorgio Kaidisch).

Maurizio Dunnhofer briefly explained the programme of the event and the first ideas for the course of the opening ceremony to the mayor and the deputy mayor during this first visit, which mainly dealt with technical-administrative and administrative aspects.

A few days ago, a delegation from Friuli Venezia Giulia picked up the “baton”, the European Olympic flag, in the Finnish city of Vuokatti.

The great novelty of this 16th edition of the European Youth Olympic Festival is that it will take place in a whole region and no longer in a single location, as is traditionally the case. All the mountain resorts in Friuli Venezia Giulia will host the competitions of the 13 sports listed in the official calendar from 21 to 28 January 2023. They will be the prologue to the Milan/Cortina 2026 Winter Olympics, in which some of the athletes of Eyof FVG 2023 will certainly participate. Another important novelty: all the delegations of the Olympic Committees will have Trieste as their reference and host ‘headquarters’.

In the photo the Eyof 2023 delegation at the Town Hall together with Mayor Di Piazza and Deputy Mayor Tonel.