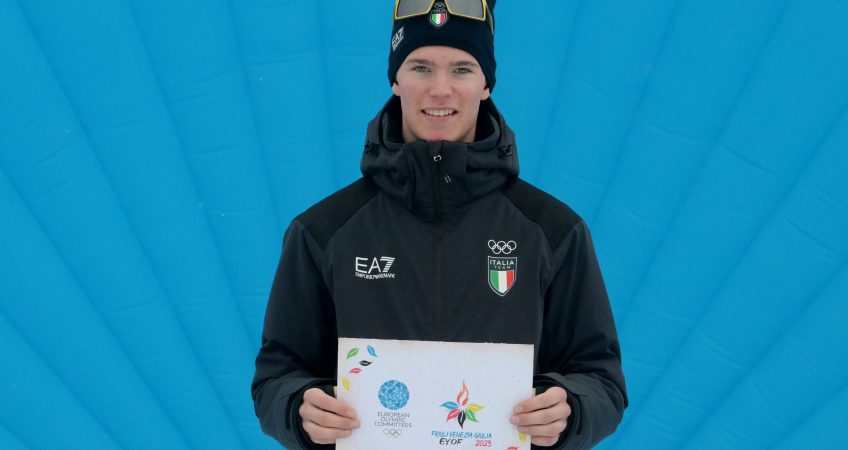 The programme of the EYOF2023, the European Youth Olympic Festival, is in full swing with competitions and medals in various disciplines following yesterday’s awarding of the first medals in the 1500-metre short course.

From Sappada, the venue of the Nordic skiing competitions, came the first results and medals for Italy. In the girls’ 7.5km classic technique, the women’s podium saw the Swedish flag flying for Mira Goeransson, who was 34 seconds ahead of Finland’s Silva Kemppi (silver) and Germany’s Lena Einsiedler (bronze). The best of the Italians was Marie Schwitzer in twelfth place.

In the boys’ event, Italy played a leading role with the first gold for our medal table, thanks to Gabriele Matli, who won alone, leaving the photo-finish duel between Sweden’s Simon Norlander (silver) and Hugo Nilsson (bronze) behind him. Among the first ten athletes, two more Azzurri with Federico Pozzi fifth and Niccolo Bianchi ninth.

On the PGS (Parellel Giant Slalom) snowboard slope in Piancavallo, after the qualifying rounds in the morning, the scoreboard was set up for the medals in the direct duels, from which the names of the final winners emerged. Among the girls, Germany won with Mathilda Scheid. Silver for Czech Adela Keclikova and bronze for Austrian Marie Gams. The second gold of the day for the Azzurri came through Mike Santuari, who won the grand finale, beating Bulgaria’s Petar Gergyovski, while third place went to Austria’s Werner Paul Gerhard Pietsch.

At the ski jumping hill in Planica (Slovenia), which shares the rich calendar of the EYOF2023 competitions with Spittal in Austria (for women’s hockey) and the entire Friuli-Venezia Giulia region, the first medals were awarded in ski jumping for the individual hs 102 competitions. In a race that was not easy due to strong gusts of wind, gold went to Slovenian favourite Nika Prevc, who had already distinguished herself with top ten finishes in the World Cup. Silver for Switzerland’s Sina Arnet and bronze for Czech Anezka Indrackova. 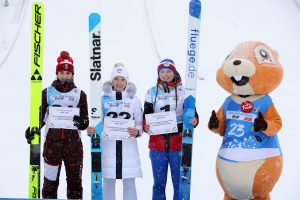 The Azzurri of the Friuli Venezia Giulia Region finished just outside the top ten with Martina Zanitzer twelfth immediately followed by Noelia Vuerich. Among the boys, gold went to Austrian Stephan Embacher, who beat the two Poles Klemens Joniak (silver) and Wiktor Szozda.

On the short track oval ice track at the Palavuerich in Pontebba, the competition programme continues. After yesterday’s 1500-metre competitions, today it was the turn of the heats and finals over the 500-metre distance. Gold and silver in the women’s field went to Hungary’s Luca Halstrich and Dora Szigeti with Poland’s Hanna Mazur completing the podium. 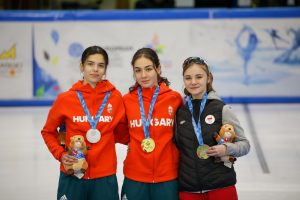 Among the boys, victory went to Latvia’s Linards Reinis Laizans ahead of Serbia’s Luka Jasic and Poland’s Dominik Palenceusz. 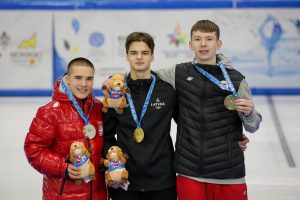 In big air freestyle, both snowbaord and ski, today was finals day after yesterday’s qualifications on the snow of Monte Zoncolan. The races postponed to tomorrow due to the wind that made the challenge impossible.

At the Claut ice rink, the curling programme towards the finals on Friday 27 January has begun, while in Spittal and Torreano di Martignacco (Udine ) the women’s and men’s hockey rounds continue, respectively. 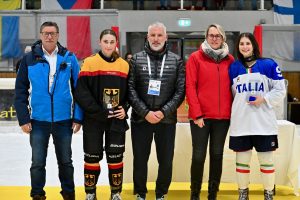