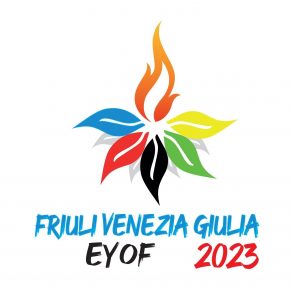 The EYOF2023 logo wants to embrace the most important elements of the Olympic event and of the territory itself. For this reason, the designing process wanted to reproduce a typical element of Friuli Venezia Giulia, the Edelweiss: an alpine flower whose petals are painted with Olympic colours, and in the middle the flame, that comes out representing the symbol of Olympism, the passion and competition as well. It is a youthful, compact and colourful logo, characterized by a graphic that makes it perfect for not go unnoticed. Thanks to its strong communicating power, it is very versatile to be used in the different means of communication, merchandising too.

The LOGO is powered by Andrea Villani.

The use of the EYOF2023 logo is subject to the approval of the Organising Committee. In order to make the request it is necessary to fill in the application form in all its parts.
The application should then be sent for confirmation of approval to nocservices@eyof2023.it

The marmot Kugy is the official Mascot of EYOF2023 Friuli Venezia Giulia. 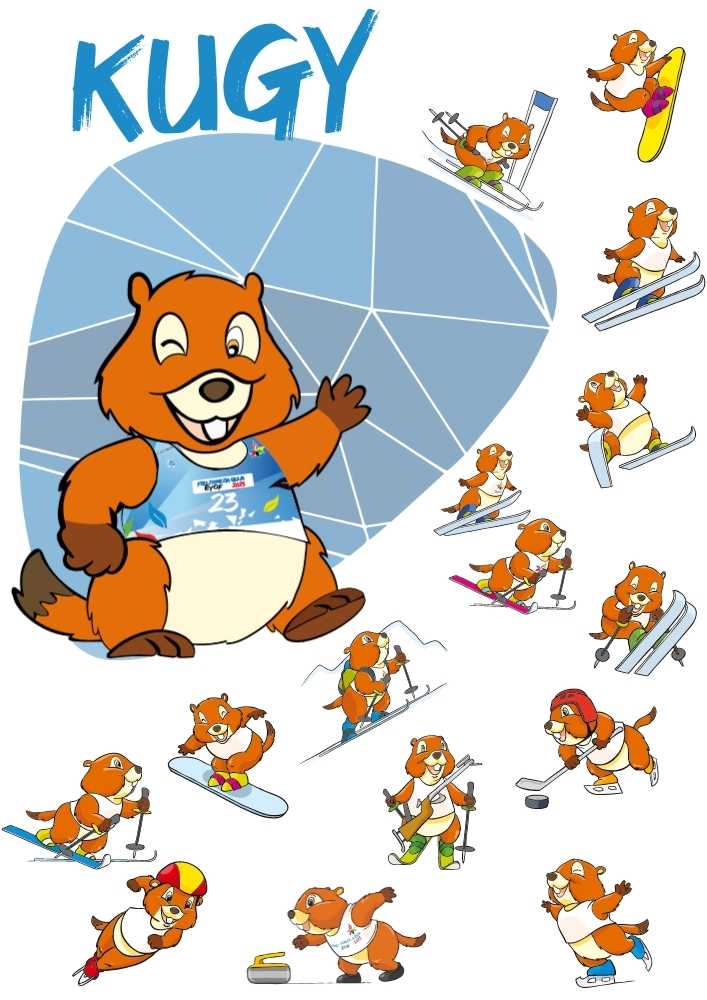 Designed by Paolo Venuti and made by TRUDI Spa, the company from Tarcento known worldwide for the grace and quality of its soft toys, it reflects many of the values of the European Youth Olympic Festival and of the Region that will host it from 21 to 28 January 2023. The small rodent is one of the symbols of the mountains, said to be the totem animal of a legendary and ancient people of the Dolomites, the Fanes. With its diurnal and sociable nature, it likes to live in groups, in colonies with an organisation similar to that of the family; it is herbivorous, feeding on grasses and graminaceous plants, shoots and roots, flowers, fruit and bulbs from which it obtains the water it needs. It is a resilient species with great capacity to adapt to the environment and climate of the Friuli Venezia Giulia mountains.

The name Kugy was chosen in honour of Julius Kugy. The mountaineer was born in Gorizia in 1858 to an Austrian father who emigrated to Trieste. He dedicated his life to climbing the peaks of the Julian Alps, opening no less than fifty new routes together with local guides in what in the first half of the 20th century was still a threatening environment frequented by a few brave people.

The use of the EYOF2023 mascotte image is subject to the approval of the Organising Committee. In order to make the request it is necessary to fill in the application form in all its parts.
The application should then be sent for confirmation of approval to nocservices@eyof2023.it