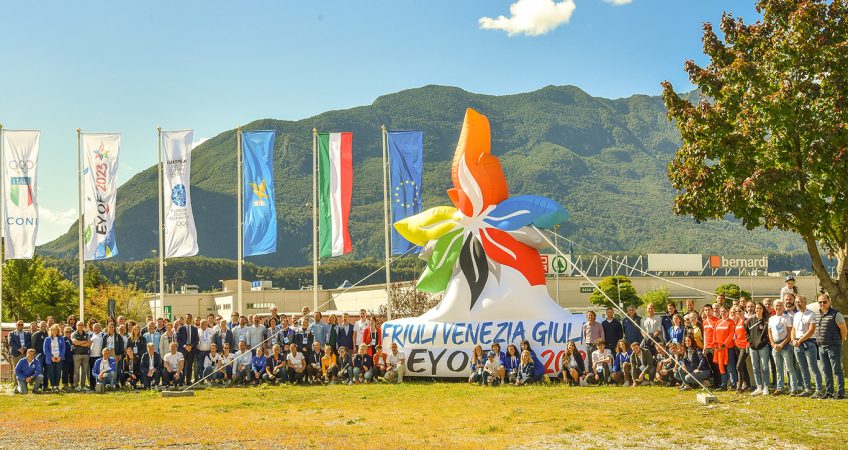 The outcome of the three-day visit of CONI and the heads of delegation of the European Olympic Committees that will participate in the European Youth Olympic Festival in Friuli Venezia Giulia from 21 to 28 January 2023 was very positive. About a hundred people were able to see the different venues, divided into three clusters: Tarvisio-Udine, Piancavallo and Carnia.
For the Secretary General of CONI, Carlo Mornati, the EYOF2023 has what it takes to become another great international sporting event organised in a region, Friuli Venezia Giulia, where sport is an integral part of society and where skills, passions and competences have always been an example for the whole of Italy. It will be an absolute first in terms of the format of the European Youth Olympic Games, which foresees the involvement of a whole region and not just one place.
The President of the EYOF Commission of the European Olympic Committees, Liney Halldorsdottir, expressed her satisfaction with the choice of venues where the more than 1,200 athletes (aged 14 to 18) will compete in the 12 sports (14 sporting events) included in the calendar of the 16th edition of the European Youth Olympic Games. Halldorsdottir also thanked the President of EYOF2023, Maurizio Dunnhofer, for his welcome and for presenting the event to the many guests from all over the continent. The Commission COE will return to the region for a final visit in early December to prepare for the Opening Ceremony on 21 January in the Piazza dell’Unità d’Italia in Trieste. Forty-seven countries have accredited to participate in the EYOF2023 at FRIULI VENEZIA GIULIA, with a total of over 2100 participants.