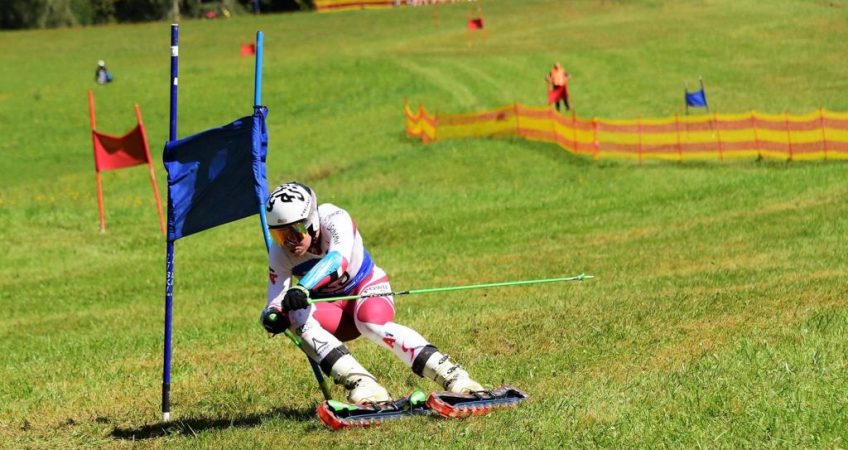 From 9 to 11 September, the Grass Ski World Cup Final took place in Sauris with the best athletes of the international network. Italy, which competed with no less than 16 athletes, including Nicholas Anziutti from Friuli, came second in the final, ahead of Austria and behind the Czech Republic. Of all teams, the team from Eastern Europe came to Carnia as super favourites, thanks to stars and talents like Martin Bartak and Eliska Rejchrtova, winners of the overall season trophy. The Italians won the women’s Super Giant Cup with Margherita Mazzoncini from Veneto (also third overall). Lorenzo Gritti from Lombardy (second) and Filippo Zamboni from Trentino (third) were on the podium in the men’s race. Fourth was the other athlete from Trentino, Daniele Buio. In the end, great satisfaction for the Sauris Ski Club. The International Ski Federation has confirmed the Val Lumiei resort as one of the top stops on the World Cup calendar for grass skiing.

The President of the EYOF 2023, Maurizio Dunnhofer, congratulated the organisers and the entire local community and said that the World Cup final in Sauris was an excellent prologue for the European Youth Olympic Festival, which will take place in Friuli Venezia Giulia from 21 to 28 January 2023.

For the Parliamentary Secretary of State for Ecological Affairs, Vannia Gava, Friuli Venezia Giulia was once again ready to organise major international sporting events. The Ministry of Sport is determined to support the EYOF 2023, which will also be an excellent promotional showcase for FVG and an important prologue for the Olympic Games in Milan-Cortina 2026.