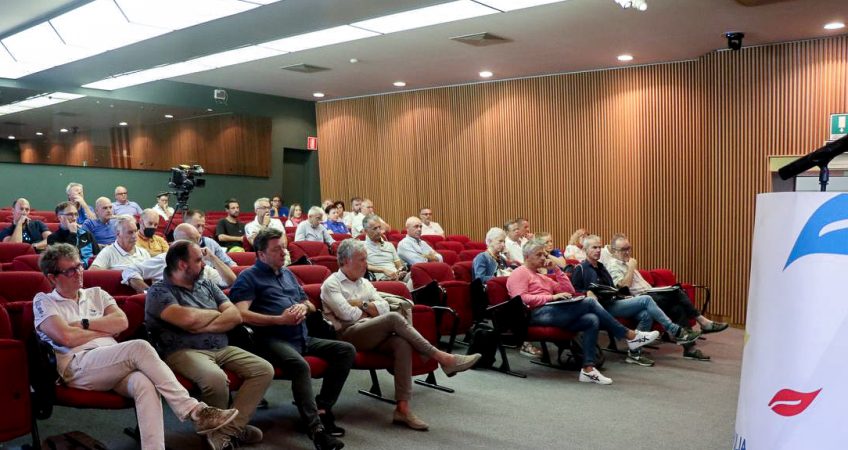 Friuli Venezia Giulia continues to modernise the infrastructure in the 5 host cities. In Amaro, the official seat of EYOF2023, the meeting was held with the mayors of the municipalities involved in this multisport winter sports event for young people, which will take place in Friuli Venezia Giulia from 21 to 28 January next year and will involve young athletes (14-18 years old) from the 50 countries that are members of the Association of European Olympic Committees.

The date has been added to the calendar of the FVG Mayors’ Tour, which takes place during this period to promote the various venues hosting the Games and to hear directly from the mayors how each venue is preparing to welcome athletes, staff, delegations, workers and fans from across the continent. 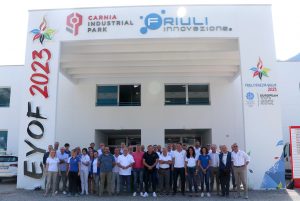 The President of EYOF2023, Maurizio Dunnhofer, wanted to personally thank the mayors who represent the local communities to whom this great sporting event wants to leave something important for years to come. The involvement of the different regional territories was the first objective of EYOF2023 since the bid. Our innovative idea of having all our mountain towns and the cities of Trieste and Udine participate in the event was highly appreciated by COE and considered as a possible model for future editions.

The President of CONI Friuli Venezia Giulia, Giorgio Brandolin (who holds the role of Vice-President in the EYOF2023), thanked the FVG Region for involving the Sports Department of the Presidency of the Council of Ministers as a supporter of the event. The entire regional sports world, not only the winter sports world, can be proud to host another international sporting event of the importance of the EYOF. As always, Brandolin added, we will be ready thanks to the preparation and seriousness of our federal managers, technicians, sports clubs and volunteers who will be an integral part of this European youth multisport event. We are also very confident about our regional athletes, who will certainly not let us down.

For the Director of PromoturismoFVG in Montagna FVG, Iacopo Mestroni, EYOF2023 is undoubtedly the most important sporting event of the coming winter season. We are working and in full agreement with the organising committee to ensure the best outcome for the athletes who will compete on our slopes, trails and gyms. We will pay special attention to the details, Mestroni stressed, to prove also on this occasion that we are up to the task of hosting major international sporting events. It is no coincidence that the champions of winter sports have chosen our region for their training and retreats for years.

The meeting was also attended by Claudio Degano from the Central Directorate for Infrastructure and Territory of Friuli Venezia Giulia, who explained the actions that the Region is implementing in the framework of EYOF2023 on five pillars through an agreement with the municipalities concerned.

In Tarvisio, in the cross-country ski arena, a new press room with a service area will be built on two floors and 415 square metres. In Sappada, the works concern the extension of a strategic building in the area of the sports facilities and the cross-country skiing track. It will extend over three levels, taking into account environmental conditions, and will be perfectly adapted to the needs of athletes, sportsmen and tourists. In 2021, the existing trails will be modernised in order to host international level competitions in the near future. In Pontebba, the Pala ‘Vuerich’ will be modernised and made more efficient to make it more modern and welcoming. First, the balustrade on the side of the rink (which is no longer up to standard) will be replaced. Then work will be done on dehumidification and heating, thanks to a new system that will be adapted, especially in the area of the smoke outlet. In this way, the problem of fog and damp cold will be eliminated. Other measures include the acoustic improvement of the facility, the replacement of the stadium lighting with LED floodlights to save energy, and new paintwork, furniture and equipment. In Forni Avoltri at Carnia Arena, the federal biathlon centre, the construction sites concern the modernisation and expansion of the facility according to international standards, including the construction of 38 wax boxes. In addition, the Ministry of Sport has included the project of the Federal Centre ‘Carnia Arena’ in Forni Avoltri in the list of projects that will benefit from the funds provided by the NRP. A facility that will be renovated and equipped with works and facilities to become a modern landmark for Nordic sports in Friuli. In Claut, the ‘Alceo Della Valentina’ ice rink, which hosts curling competitions, will undergo a series of modernisation and maintenance works. The works concern the roof, the electrical system, a new heating system and an effective, modern dehumidification system. 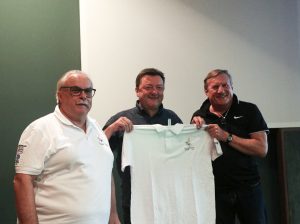