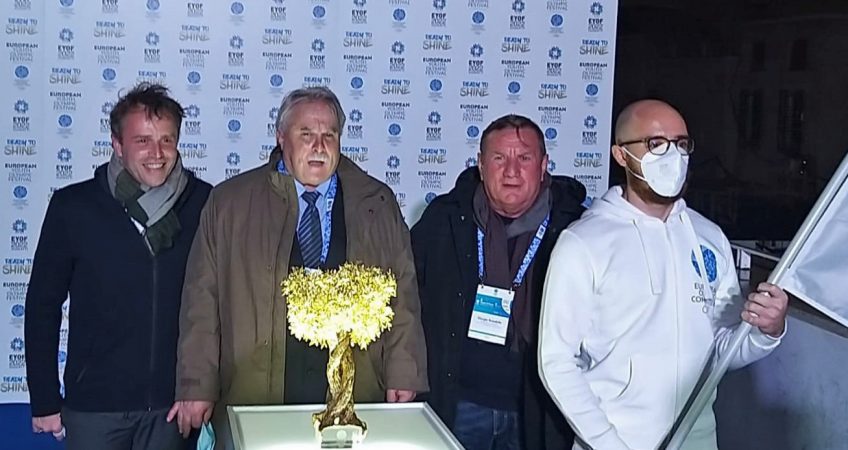 Amaro (Ud). At the Ara Pacis, a key monument of Augustan art and epitome of peace in ancient Rome, the Flame, the Olympic symbol of peace, was lit to mark the end of 2021, in honour of the EYOF 2022, which will take place next March in Vuokatti, Finland. The Finnish Organising Committee, the EOC board, the CONI, and representatives of the Municipality of Rome, as well as a delegation from the 2023 European Youth Olympic Festival, which will take place in Friuli Venezia Giulia in January, were present at the ceremony. President Maurizio Dunnhofer, vice-president Giorgio Brandolin and director Giorgio Kaidisch attended the ceremony on behalf of the EYOF FVG 2023, during which the president of the EOC (the international body bringing together Europe’s 50 National Olympic Committees ) Spyros Capralos commemorated the recently deceased IOC Honorary president Jacques Rogge in his speech. Rogge was the father of the European Youth Olympic Festival (EYOF), originally called European Youth Olympic Days (EYOD) when it was first launched in Belgium, Rogge’s home country, in 1991 for summer sports and in Italy in 1993 for winter sports. The EOC president Capralos dedicated the EYOF 2022 Vuokatti to the memory of Jacques Rogge.

In addition to the Flame, the Vuokatti 2022 representatives received the sculpture of the Dea Pax Golden Olive Tree, a symbol of peace and friendship, whose branches represent the unfurling of the EOC umbrella to welcome the athletes of all European National Olympic Committees (ENOCs).
The delegation of the EYOF 2023 Organising Committee travelled from the Italian capital to Finland to attend the Chef de Mission Seminar in Vuokatti, in the Sotkamo region, on 15 and 16 December.
The event was also an opportunity for Friuli Venezia Giulia to take part in the Observer Programme, which was designed to illustrate the key points of the event to future organisers, with particular attention to the theme of ice, a field at which Finland excels.

The intensive programme consisted of a one-day visit to the competition venues, the accommodation facilities and the Kajaani Ice Hockey Arena, as well as a one-day seminar during which the heads of the various organisational functions outlined to the chefs de mission of the 47 countries participating in the EYOF 2022 the key aspects of the organisational structure as well as the challenges faced throughout the organisation.
In addition to representatives from Friuli Venezia Giulia, representatives from Banska Bystrica in Slovakia, the venue for the EYOF 2022 summer edition, were also present in the capacity of observers.