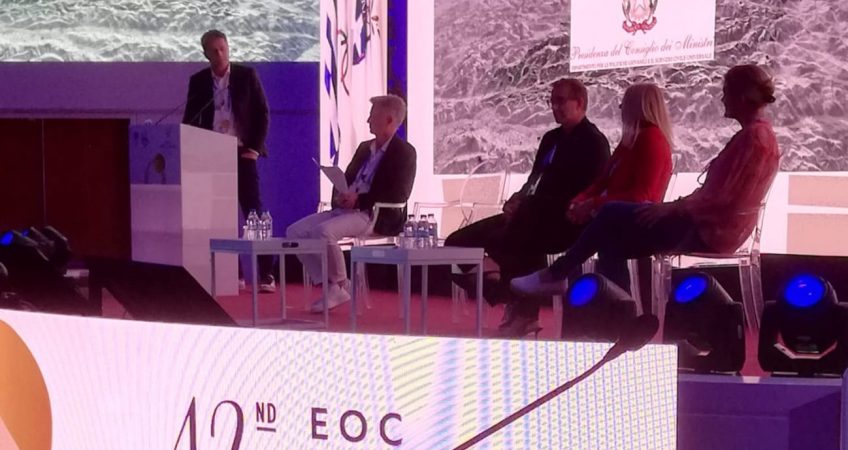 The International Olympic Academy of Olympia in Greece hosted the 42nd Seminar of the European Olympic Committees (EOC). This event marked the end of the European Week of Sport, an annual event launched by the European Union in 2015. Various projects and initiatives were presented on Greek soil, including the two editions of the 2023 European Youth Olympic Festival (EYOF), the winter edition in Friuli Venezia Giulia (21-28 January) and the summer edition, just a few kilometres away, in Maribor, Slovenia (23-29 July). Also in 2023, Poland (Kraków-Małopolska) will host the third edition of the European Games (21 June to 3 July 2023).

The Director General of the EYOF2023 Organising Committee, Giorgio Kaidisch, explained to the various representatives of the participating Olympic Committees what the 16th edition of the European Games will entail. One of the largest multi-sport events in Europe for athletes aged between 14 and 18. Athletes from 47 countries will compete in 12 venues and 12 sports represented (14 sports events in total) for around 2,300 accredited participants. This is an extremely technological and digital edition, but at the same time with a focus on the environment and sustainability. As far as hotel accommodation is concerned, it will be divided between the 3 reference villages/clusters of Tarvisiano/Udine, Carnia and Piancavallo/Pordenone, with Trieste added as the headquarters for the European Olympic Committees ‘family’.

More than 80 accommodations will be used during the 10-day duration of the event. The President of the Coordination Commission of the European Olympic Committees, Borut Kolaric, highlighted the professionalism and commitment of the stakeholders at different levels, from the regional and national institutions to the organising committee team and the volunteers who are already helping the organisation prepare for the 16th European Youth Olympic Festival. The seminar was also attended by the President of the EYOF Commission of the Association of European Olympic Committees, Liney Haldorsdottir, who had just returned from her visit to the region. President Haldorsdottir spoke about the important benefits young athletes gain from participating in multi-sport events such as the 2022 summer event in Banska Bystrica, Slovakia, and the winter event next January in Friuli Venezia Giulia.

In the photo, some moments of the EYOF2023 FVG presentation in Olympia.