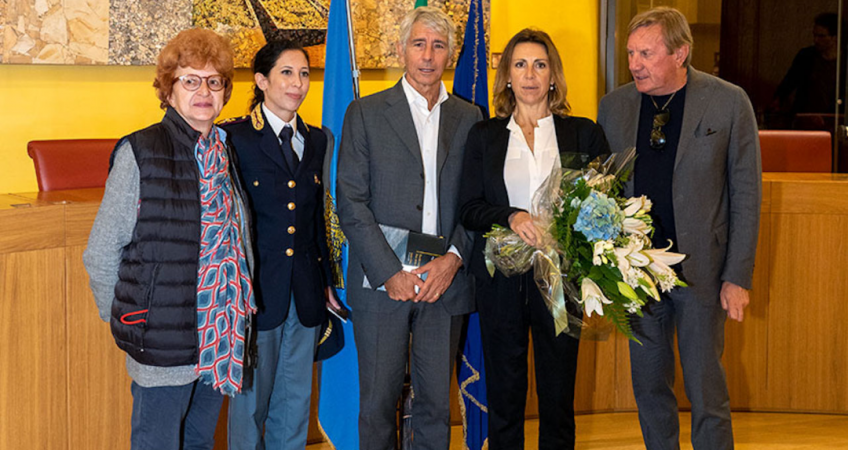 A conference in Pordenone with Debora Compagnoni, Ambassador of the Milan-Cortina 2026 Foundation.

The conference ‘EYOF 2023 and Milan-Cortina 2026: the contribution of the Sports Credit Institute to the promotion of sport and culture‘ took place in Pordenone, organised as part of the sixteenth edition of the meetings with religious publishers ‘Listen, Read and Grow’. The special guest was former ski champion Debora Compagnoni, who is an ambassador for the Milan-Cortina 2026 Foundation. The Olympic champion from the Valtellina wanted to remind us that sport is first and foremost a school of life, made up of victories and defeats that contribute to everyone’s personal growth. Compagnoni then addressed a topic that is also important for the Eyof 2023, namely sustainability. As ambassador of the 2026 Milan-Cortina Olympic Games, I will promote all issues related to the environment to the best of my ability, starting with minimising the impact on the territory, but also looking to the future, with the aim of leaving a positive legacy for the local communities concerned.

Representing the EYOF 2023 FVG organising committee, the meeting was attended by Vice-President (and president of the regional CONI) Giorgio Brandolin, who explained the programme of the European Youth Olympic Festival – Winter Edition – which will take place in Friuli Venezia Giulia from 21 to 28 January next year. 2300 participants are expected, including more than 1200 young athletes (aged 14 to 18), who will compete in 12 sports in as many venues in our region, taking part in a total of 109 competitions. The cross-border vocation of the region is confirmed with some competitions in Austria and Slovenia (women’s hockey in Spittal and ski jumping in Planica). The opening ceremony of the 16th edition of the Games will be held in Trieste in the Piazza dell’Unità d’Italia, while the closing ceremony will be held in Udine. Brandolin also recalled the important support given to the event by the regional CONI, which for years has promoted sport as a tool for individual and collective growth thanks to the activities and commitment of the numerous sports federations.

The Councillor for Culture and Sport of Friuli Venezia Giulia, Tiziana Gibelli, recalled how the Region has been working long and well for EYOF 2023, the great European Youth Olympic Festival, which in just over a hundred days will see several locations in our mountains, but in fact the entire Region, host the many athletes and thousands of tourists who will travel to watch the event.

Thousands of tourists will travel to watch the winter sports competitions. A crucial event that will also serve us logistically and organisationally as a training ground for Nova Gorica-Gorizia European Capital of Culture 2025, the most significant event that will last a whole year and that we are already working on”. The volunteer manager of EYOF 2023, Barbara Varone, explained the recruitment campaign that has been going on for numerous months, involving students from high schools and universities in Trieste and Udine. The work carried out in the framework of this important sporting event offers young people the opportunity to obtain educational points, as the activity is part of the PCTO – Percorsi per le competenze trasversali e l’orientamento (Transversal skills and orientation paths).

A number of initiatives and programmes launched by the Italian Sports Credit Institute were presented at the conference, as President Andrea Abodi pointed out, in order to access subsidised credits from entities involved in the staging of events such as EYOF and Cortina-Milan 2026.