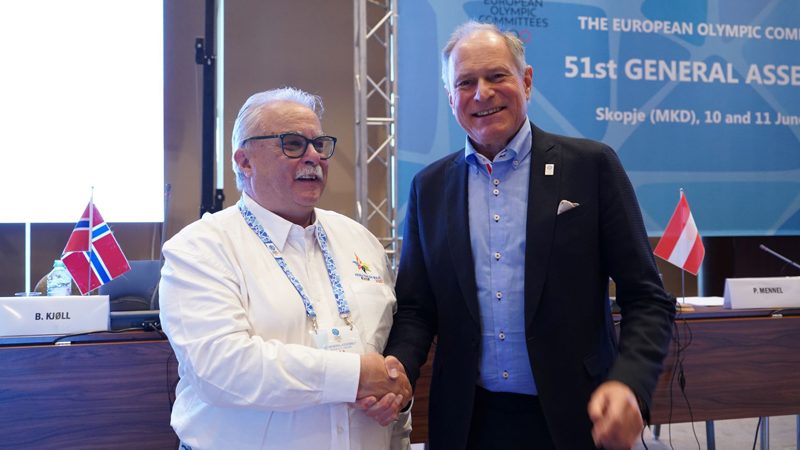 At the 51st COE General Assembly, the programmes and calendar of the European Youth Olympic Festival – Winter Edition were presented.
A Memorandum of Understanding was signed with the Austrian Olympic Committee.

Skopje (Northern Macedonia) hosted the 51st General Assembly of the European Olympic Committees (EOC). The meeting was also attended by a delegation from the organising committee of the European Youth Olympic Festival – EYOF2023 – which will take place in Friuli Venezia Giulia from 21 to 28 January.

On the second day, Saturday 11 June, the President and the Director General of EYOF FVG 2023, Maurizio Dunnhofer and Giorgio Kaidisch, addressed the participants of the meeting. It was another opportunity to present the programmes and calendars for the 16th EYOF Winter Edition to the European Olympic Committees. The event, which opens in Trieste and closes in Udine, has 14 disciplines on the programme in 12 regional venues, but also some in Austria (women’s hockey) and Slovenia (jumping and Nordic combined), which underlines the cross-border character of these regions. In this context, a Memorandum of Understanding was signed on Macedonian soil between the organising committee of EYOF2023 FVG (President Dunnhofer) and the Austrian Olympic Committee (Secretary General Peter Mennel), strengthening the friendship and cooperation between Italy and Austria.

President Dunnhofer also congratulated the young Slovenian ski jumper Nika Prevc, winner of the winter edition of the ‘Piotr Nurowski Prize’ (PNP) as the best European athlete of the year and recalled that the Nordic Combined ski jumping competitions will take place in Planica, Slovenia, which will then host the Nordic World Ski Championships at the end of the European Youth Olympic Festival 2023. 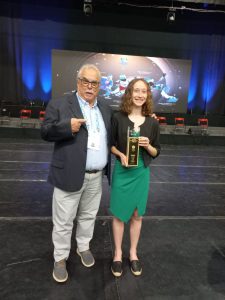 The international promotion of the most important youth winter sports event of the coming season, which will take place in the FVG, will continue in the summer of 2022. Banska Bystrica (Slovakia) will host the 16th summer edition of the festival from 24 to 30 July, where young athletes from 48 countries will compete in the 10 disciplines. A delegation from the EYOF Friuli Venezia Giulia 2023 will be present at the event. 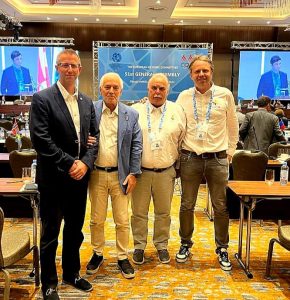