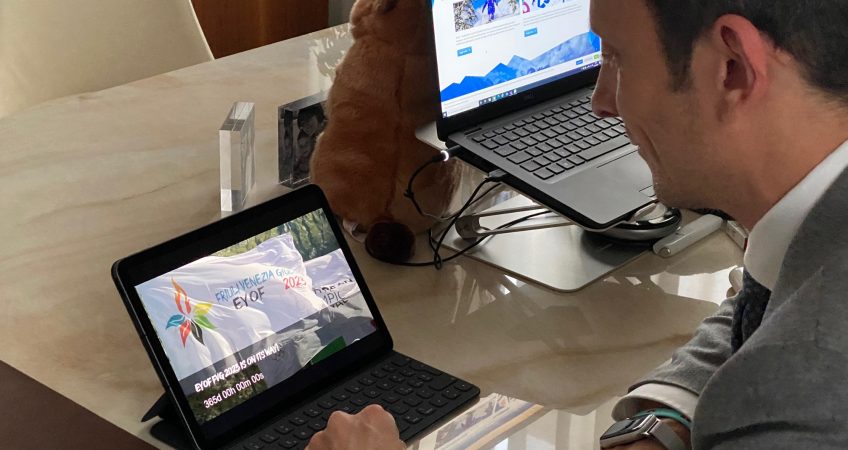 Amaro (Ud). The President of Friuli Venezia Giulia, Massimiliano Fedriga, has started the countdown directly from his office in Trieste for the European Youth Olympic Festival – Winter Edition – which will begin in exactly 365 days. At the same time, at the Eyof FVG 2023 headquarters in Amaro (Ud), the president of the organising committee, Maurizio Dünnhofer, switched on the “countdown” on the monitor at the entrance to the offices.

It will be a major international sports festival where young athletes aged 14 to 18 will compete in thirteen sports disciplines. From 21 to 28 January 2023, the whole of Friuli Venezia Giulia will be involved, with 11 ski centres and official competition venues. It will also be an important prologue to the 2026 Winter Olympics in Milan-Cortina.

Representatives of the EOC (European Olympic Committee) Control Commission will soon return to the region for another inspection tour of the competition venues and host cities. At the end of March, a delegation from the EYOF FVG 2023 organising committee will travel to Vuokatti in Finland (venue of the 2022 edition) for the handover ceremony.