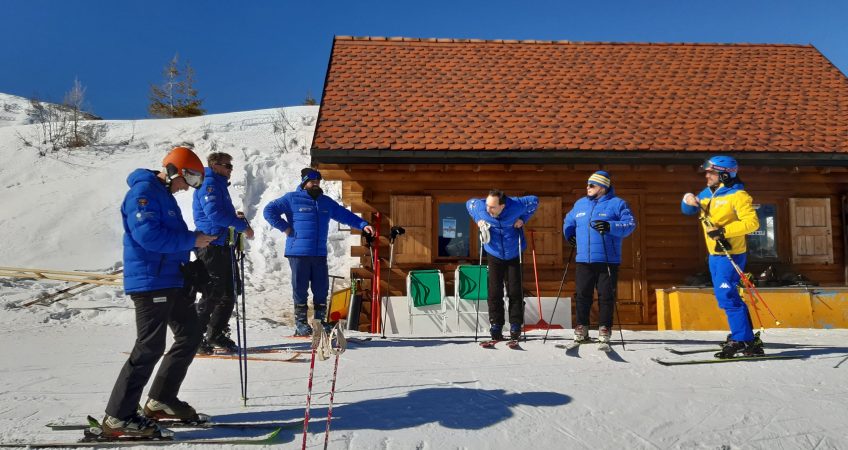 From 19 to 22 September, the organising committee of the EYOF 2023 – European Youth Olympic Festival, which will take place in Friuli Venezia Giulia from 21 to 28 January next year and will involve thousands of young athletes (14-18 years old) from 47 countries, will receive some representatives of the European Olympic Committee, 70 heads of delegations from 42 European nations and a group of observers of future editions of the event, totalling about a hundred people.
The programme includes visits and tours of some of the competition venues, including Tarvisio, Carnia and Claut. On Wednesday 21 September, the “Chef de Mission” seminar will be held in Amaro, the headquarters of EYOF 2023, starting at 9.15 a.m., where the sixteenth winter edition of the festival will be presented to the guests.
The entire Friuli Venezia Giulia region will be involved in the largest multisport event for young people in Europe, with 12 competition venues. The programme will also include the announcement of the “European Young Olympic Ambassador” project, which aims to reinforce Olympic values among the young athletes taking part in the EYOF, the important role of Trieste Airport and the collaboration with the University of Udine, which is involved in various research activities, including an innovative digital project to analyse, evaluate and describe sports performances. Guests will also have the opportunity to discover cities and towns during their stay in the region and enjoy the hospitality of Friuli Venezia Giulia. The EOC Commission – EYOF2023 FVG will be represented by President Borut Kolaric, Sports Director Peter Brull and members Mamuka Khabareli and Joseph Cassar. They will be joined by EOC staff Donatella Del Gaudio (Communications and Media Relations), Francesco Basili (Sport Events) and Clea Papaellina (EYOA Programme). Observers will include delegations from the Warsaw 2023 European Games (President and NOC Manager) and the EYOF2023 (Summer) Maribor, Slovenia.
Among the authoritative authorities present, Liney Halldórsdóttir (EOC EYOF Chair) has confirmed her presence. The activities and initiatives of the EYOF2023 do not stop and in these days the tour of the FVG Mayors of the localities involved in the event has reached Tarvisio, where the Alpine skiing competitions and the Nordic combined in cross-country skiing will take place.