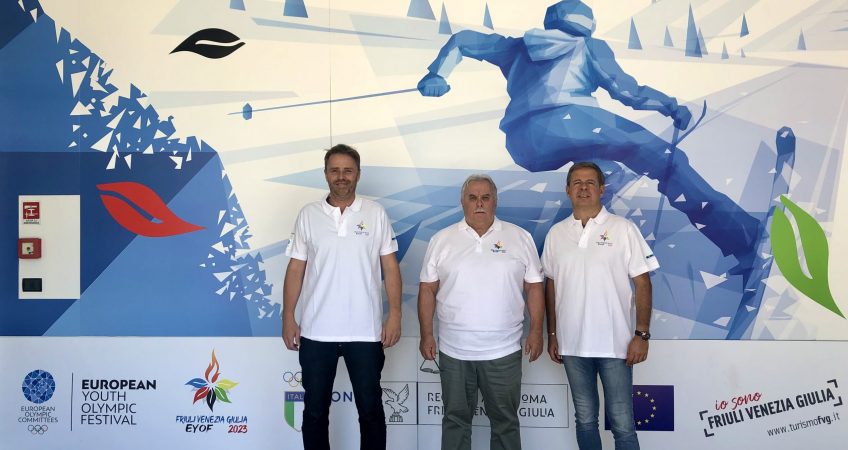 The road to Banská Bystrica. A EYOF2023 FVG delegation is heading to Slovakia for the 2022 Summer European Youth Olympic Festival (24-30 July). President and Vice-President Maurizio Dunnhofer and Giorgio Brandolin, along with other members of the EYOF2023 FVG Organising Committee, will attend the opening ceremony on Sunday 24 July.

On Slovak soil, the regional delegation will also participate in some technical and institutional meetings related to the January 2023 date in Friuli Venezia Giulia for the winter edition of the Games, the largest multisport event for young people in Europe. Fourteen sports, twelve competition venues, thousands of young athletes (aged between 14 and 18), a large number of volunteers and the entire region transformed into a kind of Olympic village.

The picture shows some members of the EYOF2023 FVG delegation on their way to Slovakia. From left to right: Director General Giorgio Kaidisch, President Maurizio Dunnhofer and Head of Protocol and Ceremony Francesco Comotti.